We would like to offer our sincere support to anyone coping with grief. Enter your email below for our complimentary daily grief messages. Messages run for up to one year and you can stop at any time. Your email will not be used for any other purpose.

Share a memory
Obituary & Services
Tribute Wall
Read more about the life story of Ronald and share your memory.

Ronnie graduated from Deering High School and SMCC.  He served his country and his community in the U.S. Army, serving in Vietnam and had a career and retired from the Portland Police Department. He also coached youth baseball.

Ronnie had a big smile and hearty laugh, and loved so fully and gave so freely to all.  He was a strong and quiet fighter, who met every trial with grace and faith.  Family was everything to him.  Ronnie was a kind, gentle father and “Grampy” who had an incredible ability to calm crying babies, and rambunctious children and dogs. He cherished spending time with his children and grandchildren, and his nightly dinners with his dear friend, Ann Marie.  He enjoyed all things NE sports, especially watching the Patriots with his son and talking post games with his brother, Eddie.

In addition to his parents, Ronnie was predeceased by his brother, Edward Guevin; sister, Barbara Guevin; brother-in-law, Peter Pompeo; and niece, Julie Pompeo.

A private burial will take place at Calvary Cemetery in South Portland. To share memories of Ronnie or to leave the family an online condolence please visit, www.athutchins.com

To send flowers to the family or plant a tree in memory of Ronald Antonio Guevin. Jr., please visit our floral store. 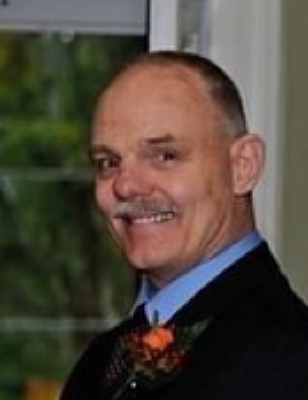 Look inside to read what others
have shared
Family and friends are coming together online to create a special keepsake. Every memory left on the online obituary will be automatically included in the book.

Look inside to read what others have shared

Family and friends are coming together online to create a special keepsake. Every memory left on the online obituary will be automatically included in the book.

You can still show your support by sending flowers directly to the family, or by planting a memorial tree in the memory of Ronald Antonio Guevin. Jr.
SHARE OBITUARY
© 2023 A.T. Hutchins Funeral and Cremation Services. All Rights Reserved. Funeral Home website by CFS & TA | Terms of Use | Privacy Policy | Accessibility